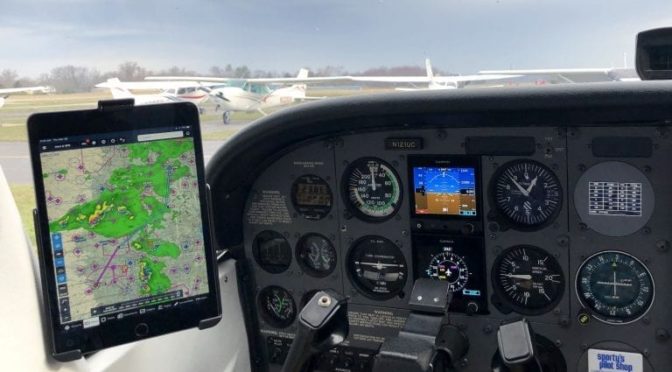 The original Apple iPad was released over nine years ago on April 3, 2010. Since then Apple has continuously improved the tablet, making upgrades to its storage capacity, screen resolution, processor, connectivity options and form factor. The iPad Pro 11″ and 12.9″ are the top-end models currently available for sale today, and represent an enormous leap in performance over the original iPad.

The 10.2″, 10.5” and 11” specs on the mid-size models refer to the screen’s diagonal dimension, meaning these models feature more screen real estate than the original iPad, while maintaining a similar form factor.

The iPad Pro 11″ improves on the original iPad Pro 10.5″ design by including a large edge-to-edge display, high-performance processor, and FaceID to quickly unlock the device (read our PIREP on this model here). It also includes a bright, high-resolution liquid retina display with an anti-reflective coating. The latest iPad Pro 12.9″ model represents a major improvement over the original iPad Pro 12.9″ – it is 25% smaller while retaining the same display size, thanks to the edge-to-edge screen. The footprint is about the same as a sheet of paper, so it’s a good fit now in most GA cockpits. It comes at a premium price, but we can recommend this model now for those who want the most screen real estate possible.

The iPad Air 10.5″ is essentially a more powerful version of the original iPad Pro 10.5″, incorporating Apple’s powerful A12 processor. This provides performance that is about on par with the new iPad Pro, but for several hundred dollars less.

The budget-friendly model referred to now as just “iPad” is no slouch and was recently updated with a larger 10.2″ screen and Apple Pencil support. This is a great buy for less than half the price of the Pro model, but there’s no doubt the iPad Mini, Air and Pro models will offer significantly better performance when flying with graphics-intensive aviation apps.

The good news is that any iPad model will work for pilots, so there’s not a bad choice here. But some are definitely better than others. So which model do we recommend? Based on our experiences flying with each model of iPad, we think the 11″ iPad Pro, WiFi-only, 256GB is the ideal choice if you’re looking to buy a new iPad or upgrade from an older model. For those on a budget, the iPad 10.2″ WiFi-only, 128GB is a great alternative, available for nearly half the price of the Pro model. And for those that prefer the smaller footprint of the iPad Mini, the iPad Mini 5 was updated in 2019 with a high-performance processor and is highly recommended. 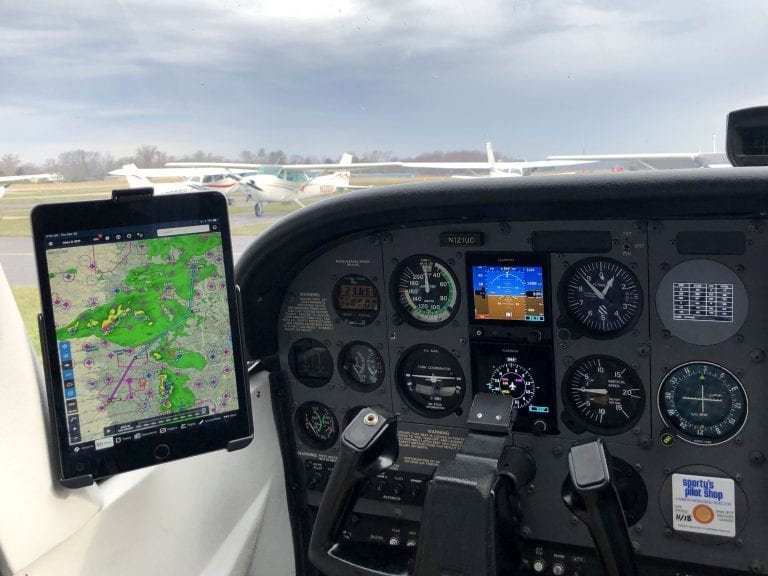