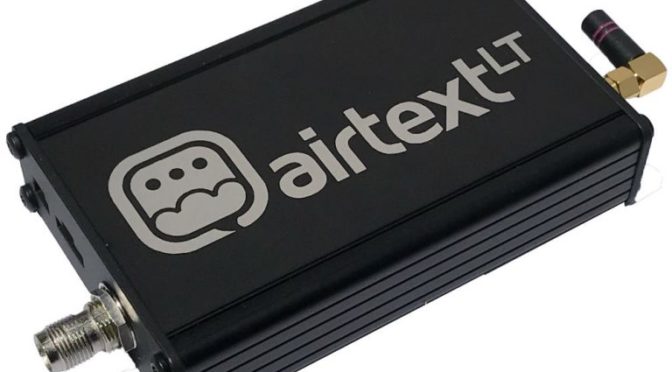 Late last year we reviewed a new connectivity option from a company called Send Solutions. Their AirText box offered a semi-permanently installed solution for texting and even phone calls, but at a price far less than traditional in-flight WiFi solutions (which often cost well over $50,000). While the AirText and AirText+ have found their way into a number of airplanes, the price and size meant they were out of reach for most single engine piston airplanes. Now there’s a smaller, less expensive option that will work in almost any airplane.

The AirText LT is half the price of the original AirText, and is designed to be carried onto the airplane instead of installed. Simply plug into the cigarette lighter and place the small Iridium antenna on the dash or by a side window. The 4.75″ x 3″ x 1″ metal box does not require any roof-mounted antennas or permanent mounting, so it can slide into a side pocket or a flight bag – even renters or flying club members can use it. Once the AirText LT is powered up, simply open the free AirText app on your phone or tablet to start communicating.

Compared to the AirText and AirText+ there are a few differences in features. Up to six devices can be connected at once to the AirText LT (vs. 16 for the higher end units). Also, unlike the + model, the LT cannot do voice calls. However, the AirText LT still has the thoughtful touches we liked so much on the original products: private messaging for each user (unlike many Iridium devices), smart notifications that tell important contacts when you’re flying, and the option to retrieve METARs and TAFs from distant airports. It will work at any altitude and anywhere in the world.

The AirText LT is available for $4950, including the box, 12V power cable, Iridium antenna, and carrying case. Data plans are reasonable: for $300/year, subscribers get 500 messages with no monthly minimum or maximum. After that, each additional message is five cents. 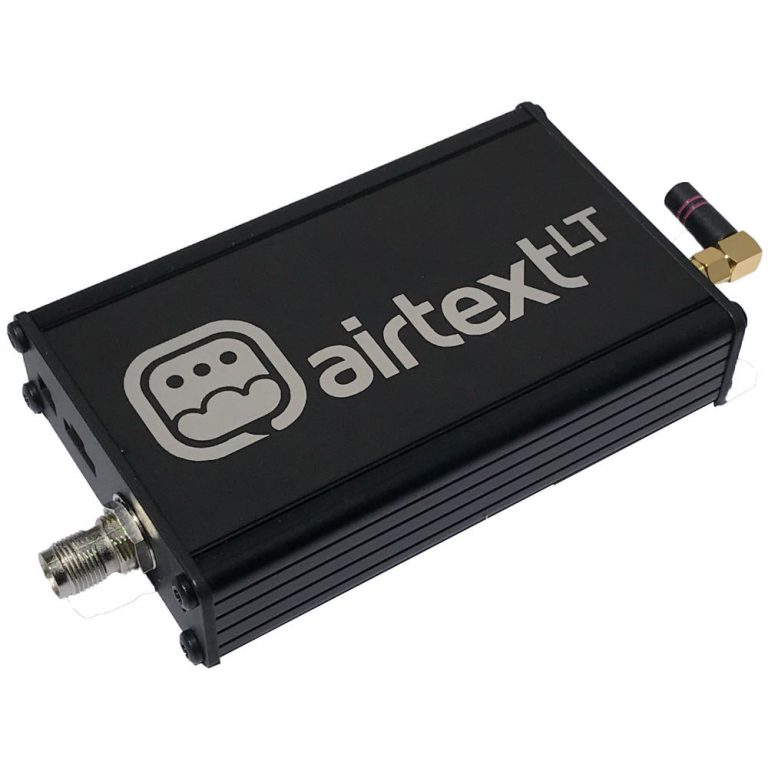