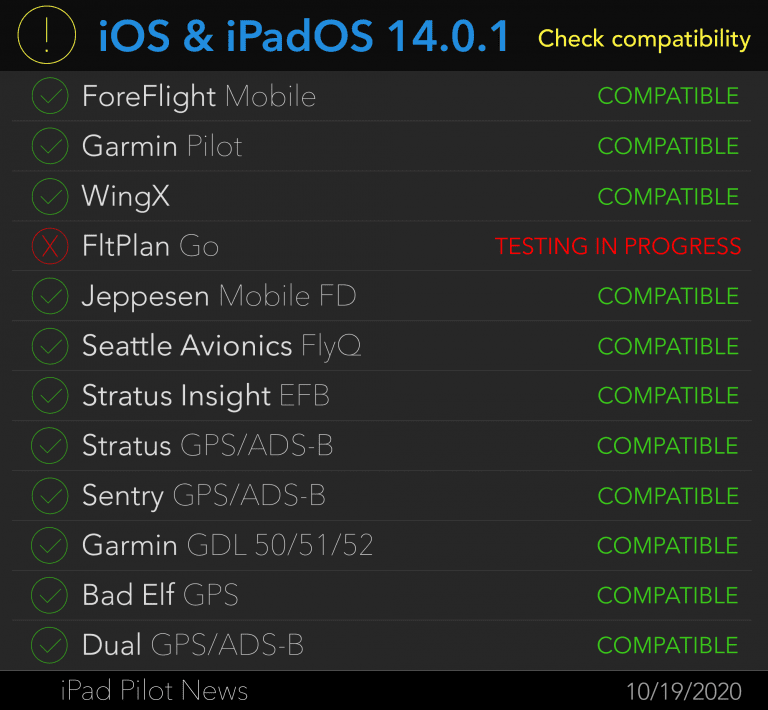 Apple recently released iOS 14.0.1 and iPad OS 14.0.1, which addresses bugs and improves reliability in the new OS 14 update released a few weeks back (read our Pilot’s Guide to iOS 14 here).