The FAA, NASA and others from the aviation industry today celebrated the transfer of a technology developed by NASA that will be used by the FAA and airlines.

The new technology, called Flight Deck Interval Management (FIM), integrates with another technology called Terminal Spacing and Sequencing (TSAS) to improve the use of performance-based procedures to make it more efficient to land in congested terminal airspace.

FIM will provide air traffic controllers more precise information as they work to space aircraft coming in on approach. Controllers receive visual aids on their screens that help them execute clearances and conform to sequencing schedules to help aircraft arrive on time. The controller informs the pilot of the aircrafts trajectory and the pilot enters the information into the FIM system.

The information is processed for the pilot through a satellite based navigation tool called Automatic Dependent Surveillance-Broadcast (ADS-B). With this information, the pilot assesses what speed to fly to enable them to do a performance based procedure into the airport.

The combined FIM and TSAS tools will provide numerous benefits.

Using performance-based operations, aircraft will spend less time in the air burning fuel and emissions. When aircraft burn less fuel, it saves money for the airlines. Passengers benefit because theres a better chance their flights will arrive on time.

The FAA, NASA and industry are working together under a project called Air Traffic Management Technology Demonstration 1 or ATD-1 to bring new technologies to market that are designed to improve arrival times. FIM is one of the technologies that stems from that partnership. Boeing, Honeywell and United Airlines participated in the FIM development and flight test which involved two aircraft from Honeywells flight test fleet as well as a United 737.

Source: FAAFAA and NASA celebrate the transfer of new technology

Pilots of unmanned aircraft (drones) who interfere with fighting wildfires, law enforcement efforts, or other first responders, such as medical flights, now are more likely to face serious civil penalties, even for first-time offenses.

In July 2016, Congress authorized the FAA to impose a civil penalty of not more than $20,000 for anyone who operates a drone and deliberately or recklessly interferes with wildfire suppression, law enforcement, or emergency response efforts.

Under FAA guidance, inspectors generally use non-enforcement methods, including education, for correcting unintentional violations that arise from factors such as flawed systems, simple mistakes, or lack of understanding. However, given the potential for direct and immediate interference with potentially life-saving operations where minutes matter, offenders will immediately be considered for enforcement actions. Enforcement actions can include revocation or suspension of a pilot certificate, and up to a $20,000 civil penalty per violation.

Deterring interference with first responders is critical, particularly as drone use expands exponentially. Firefighting aircraft trying to contain a wildfire have to suspend flights when a drone enters the area to avoid a possible mid-air collision. A drone flying over a crime scene or accident site can hamper police or medical aircraft operations. Ultimately, interference by a drone can cost lives.

The FAAs rules for flying unmanned aircraft are clear. Pilots can save themselves and others serious problems by following them to the letter. Dont let your decision to fly cause someone else to die.

H.R. 302, a $90-billion, five-year FAA reauthorization bill, passed in the House of Representatives by a vote of 398 to 23 on Sept. 26. The legislation addresses industry workforce programs, aviation safety, drone integration, and other issues, but to the relief of all general aviation, it makes no mention of so-called air traffic control privatization.

Volunteer aviators with the Texas-based Operation Airdrop nonprofit delivered 280,692 pounds of supplies during 475 general aviation flights after Hurricane Florence swept through the Carolinas. 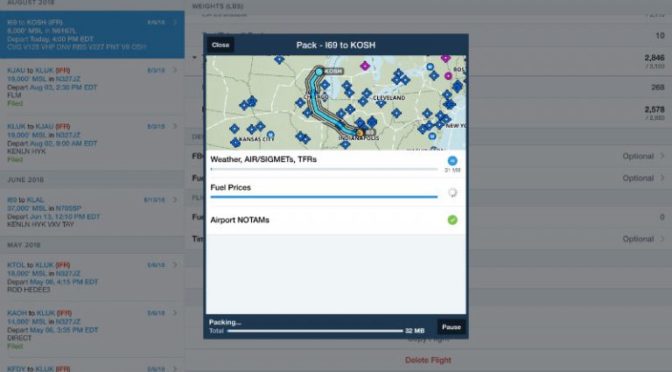 The iPad is now standard equipment for most pilots’ flying, whether as a primary reference for digital charts or as a performance calculator. Something that important demands a quick pre-flight check, just like the airplane and the pilot. You wouldn’t take off without checking how much fuel you have on board – why would you take off without making sure your iPad is airworthy?

That doesn’t mean the iPad is unreliable; on the contrary, in our experience, it’s been the exact opposite. But you still want to find out about any issues with your iPad while you’re on the ground (and have an internet connection). This shouldn’t take more than five minutes.

You’ll want to create a checklist that works for your apps, accessories and your airplane. Customize it so that you’ll actually use it before every flight. With that in mind, though, here’s a basic checklist to consider that applies to most apps:

Once you get used to your iPad checklist, you’ll find that this process takes just a few minutes. Customize it to your own flying, but make sure you’re doing some type of regular pre-flight before you blast off on your next flight.

The post How to preflight your iPad in less than 5 minutes appeared first on iPad Pilot News.

Source: Ipad appsHow to preflight your iPad in less than 5 minutes 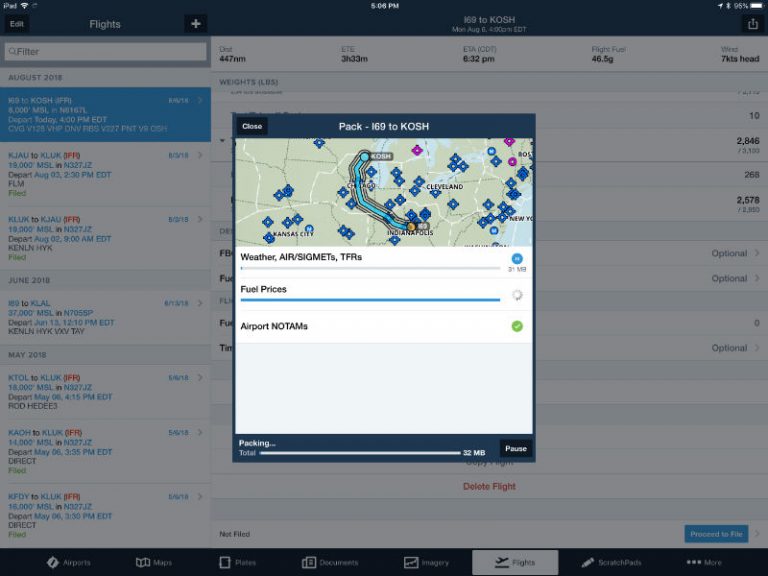 The three major candidates for governor of Alaska will air their positions on aviation issues at a candidates’ forum on Oct. 1 at the Alaska Aviation Museum in Anchorage.

The working group that recommends improvements to pilot training and airman testing is moving forward on multiple fronts and is set to introduce several new draft airman certification standards (ACS) and accompanying revisions to training and guidance publications.

San Carlos Flight Center will launch a series of interactive webinars intended to help flight schools and flying clubs share ideas and energize their programs. The first webinar, “Differentiating your school/club through safety seminars,” will air at 5 p.m. Eastern (2 p.m. Pacific) on Oct. 16.

In the last segment, we covered the different types of panel lighting and the importance of adequately lighting the instruments, controls, and everything else the pilot needs to be able to identify in the cockpit to minimize heads-down time searching for the right switch. However, the reality is that many older general aviation aircraft have terrible panel lighting.

A student pilot makes safe, controlled landings, but try as he may, the Cessna 172 always seems to end up slightly left of center on the runway at touchdown. That won’t work on the upcoming checkride, so today his instructor suggests they swap seats to see if the change of pace can shake loose a different result.

Source: aopaTraining Tip: The eyes have it