In the Land of 10,000 Lakes, the Minnesota Seaplane Pilots Association’s Spring Safety Seminar is all about the safety and fun of flying seaplanes. Seaplanes lined a portion of the beach at Gull Lake May 18 through 20 when more than 200 people attended the event.

Astronaut Alan Bean, the Wheeler, Texas, son of a scientist who became a U.S. Navy aviator, a NASA astronaut, and walked on the moon, died May 26 at age 86. After he retired from the space agency, Bean became known for his canvas art paintings, many of which featured other-worldly scenes inspired from his lunar explorations and celestial orbits.

After years of speculation and dead ends, Embry-Riddle Aeronautical University uncovered evidence that President John F. Kennedy soloed a seaplane in Miami on his birthday May 29, 1944. The revelation was uncovered through good old-fashioned investigations, forensics, and a bit of luck, said ERAU archivist Kevin Montgomery.

U.S. pilot Michael Goulian shares the Red Bull Air Race World Championship lead after posting a second-place finish in Chiba, Japan, May 27. He was 0.319 seconds slower in the Final Four than Australia’s Matt Hall, who notched his second victory in a row as the series moves to Budapest, Hungary, June 23 and 24.

Pat Napolitano and the Beech D–17 Staggerwing he called Queenie were quite a couple. 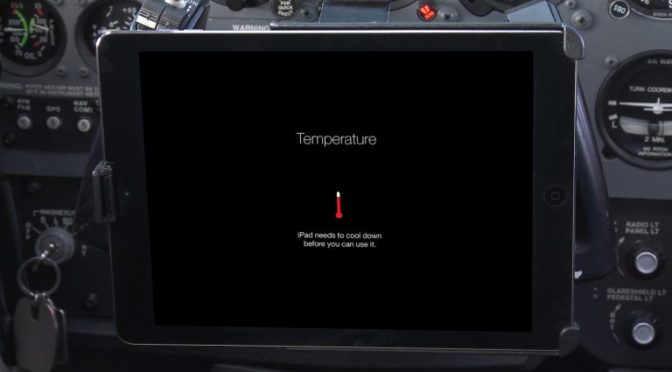 Based on an iPad Pilot News reader survey we recently conducted, over 70% of respondents reported that they have had the iPad shut down on them at least once in flight due to overheating. This is by far the most common problem reported by pilots when flying with an iPad, but it can be prevented with a little bit of planning and preparation.

Apple lists the normal temperature operating range for the iPad as 32° – 95° F. While using the device below the freezing point may cause the screen to lag a bit, it will still function. However, if you’re using the iPad at the other temperature extreme, it will eventually resort to a thermal protection mode and become completely unusable until the internal temperature of the device is reduced. The primary reason for this is to protect the internal lithium-polymer battery (bad things can happen if they get too hot).

There are a couple of ways on a typical flight that this can happen and both will catch you off guard if you’re not paying attention. The first scenario can happen when you’re flying in a low-wing airplane en route at altitude with the iPad secured in a kneeboard on your lap. You’re in VFR conditions in sunny weather, but the iPad is out of direct sunlight. Then you make a turn over a waypoint, and the sun begins to shine directly on your iPad’s dark screen without you noticing. Even though the ambient temperature may be well below the 95° F limit, the iPad’s internal temperature will quickly elevate and soon display the overheat warning.

There are several factors that may increase the potential for an overheat situation like this in flight. First, if you’re using the iPad with a fully-enclosed case or kneeboard, you will be restricting airflow around the rear of the iPad, limiting its ability to dissipate heat. Also, charging the iPad from a USB port in the airplane or a backup battery will also increase the internal temperature of the device, increasing the risk for an overheat situation in a hot airplane or near direct sunlight.

The other likely scenario in which your iPad can unexpectedly overheat is after shutting the engine down on the ramp on a hot summer day. Prior to the iPad, many pilots would set their paper charts or kneeboard on the glareshield to get them out of the way. New iPad users might inadvertently do the same thing out of habit. As we all know, the temperature inside the cabin will quickly rise after you shut the door, again putting the iPad in a vulnerable state for potential overheating. Make it a habit to take your iPad with you after shutdown, or store it in a protected part of the airplane to ensure a timely departure when you return.

Your iPad becomes completely unusable when it overheats and will display a temperature warning on the screen. At this point, your only option is to get it to a cooler environment and lower the internal temperature. Remove it from direct sunlight and aim a few air vents over if possible. If you had it in a kneeboard or case, remove these to aid the cooling process, and remove it from any charging sources. Once the iPad’s temperature lowers it will automatically switch back on–there’s nothing else for you to do at that point, except to keep it out of the sun.

If you fly an airplane that has large windows and lets in a good deal of sunlight to the cabin, your best bet is to consider a yoke or suction cup RAM mount. These provide plenty of flexibility to pivot the iPad screen away from direct sunlight, and expose more of the front and rear surfaces of the iPad to ambient air for continuous cooling.

Another option is to use the X-Naut Cooling Case along with your iPad. This mounting system features built-in fans to circulate cool air, specifically targeted at the iPad’s main hot spots to prevent it from overheating. The mount can be powered off of typical alkaline batteries or USB with a power bank or backup battery. In addition to working with the RAM mount system, you can also turn it into a kneeboard with this accessory kit – perfect for cockpits with a bubble canopy where the iPad is exposed to direct sunlight. The X-Naut is available for the iPad Mini 1-4 or the iPad Air 1-2 and 9.7″ iPad models.

The post How to keep your iPad from overheating in flight appeared first on iPad Pilot News.

Source: Ipad appsHow to keep your iPad from overheating in flight 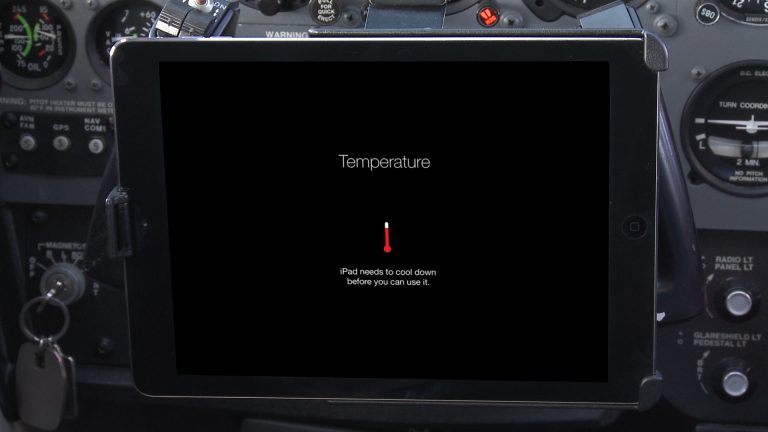 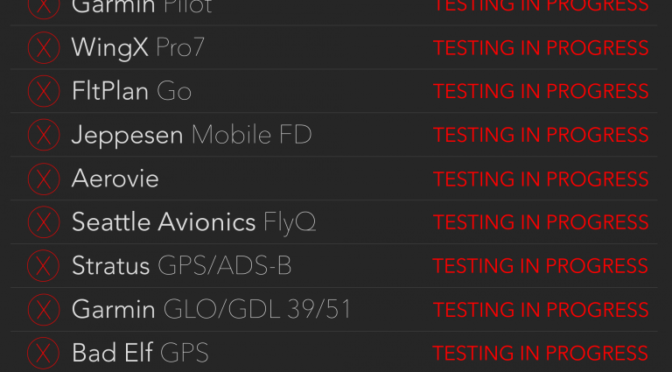 Apple recently released version 11.4 of its mobile operating system. The update adds several new features like AirPlay 2, which allows you to send audio from your iPhone or iPad simultaneously to multiple locations in the same house, including HomePod speakers or Apple TVs in different rooms. It also adds Messages in iCloud, which will keep your messages synced across all devices and backed up in iCloud. 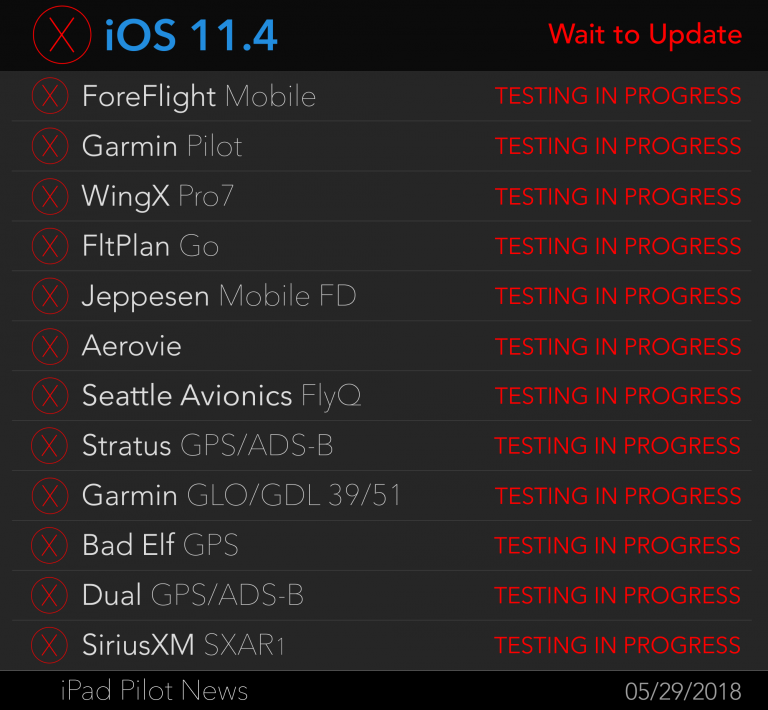 General aviation’s voice will be heard at the highest levels in the continuing effort to strengthen and streamline national aviation security policy.

Mines are dangerous places to work, whether far underground or deep, open pits. Reducing the risks taken by people is a potent argument for using drones, but not just any drone can do this work.